This can lead to difficulties during certain athletic activities such as horseback riding or bike riding. In extreme cases this can also lead to problems during sexual intercourse. Women can also feel ashamed because they feel their labia is unattractive.

Of course, no correction is to be made without first being sure that the operation will have no adverse effects on natural function. This is prior to any esthetic principle.

We are happy to help you 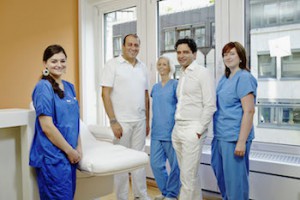